GitHub is home to thousands of software communities, from open source projects to enterprises, from small teams to the largest organizations. This year’s Satellite, our first virtual conference, is about giving communities tools to come together and solve the problems that matter to them.

Earlier this year, we made GitHub free for teams to ensure cost isn’t a barrier for teamwork on GitHub. We expanded GitHub Sponsors to more than 30 countries to help developers make a living from open source. We launched the GitHub for mobile app, which has already helped hundreds of thousands of developers collaborate on the go. And we brought npm to the GitHub family to support the largest developer ecosystem in the world.

This week, we announced four new products to help all software communities work together:

To join the Satellite conversation and ask questions, explore the event discussions.

Start coding in seconds on GitHub with GitHub Codespaces

Contributing code to a community can be hard. Every repository has its own way of configuring a dev environment, which often requires dozens of steps before you can write any code. Even worse, sometimes the environment of two projects you are working on conflict with one another. GitHub Codespaces gives you a fully-featured, cloud-hosted dev environment that spins up in seconds, directly within GitHub, so you can start contributing to a project right away. 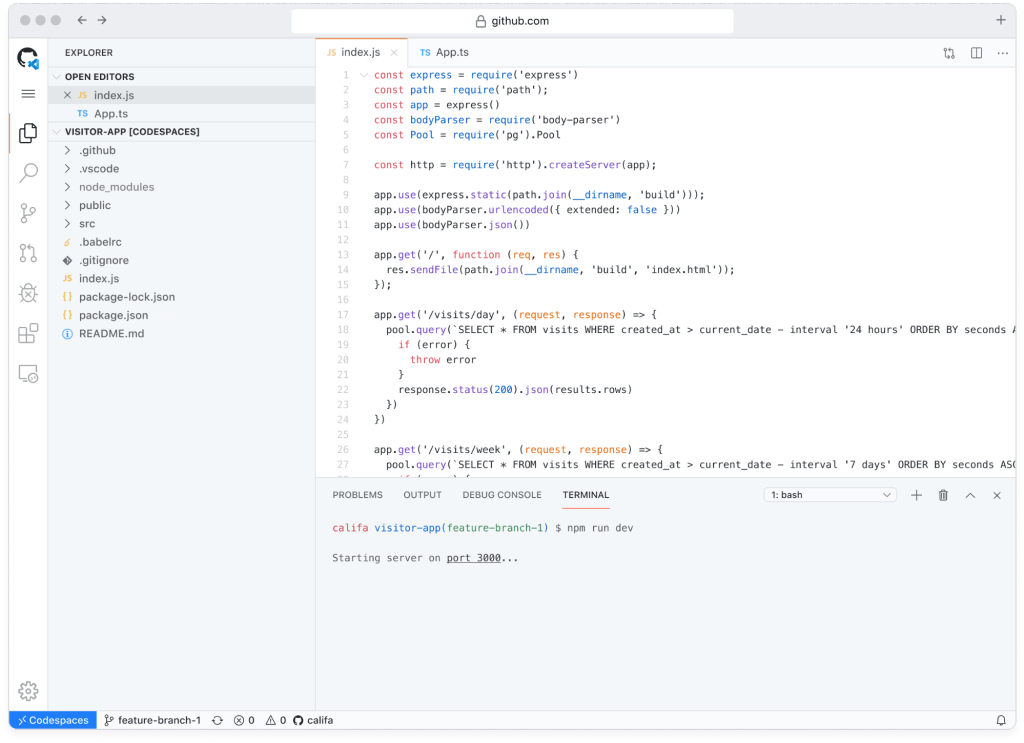 Codespaces can be configured to load your code and dependencies, developer tools, extensions, and dotfiles. Switching between environments is simple—you can navigate away at any time, and when you switch back, your codespace is automatically reopened.

Codespaces in GitHub include a browser-based version of the full VS Code editor, with support for code completion and navigation, extensions, terminal access, and more. If you prefer to use your desktop IDE, you’ll be able to start a codespace in GitHub and connect to it from your desktop.

Pricing for Codespaces has not been finalized, but code-editing functionality in the codespaces IDE will always be free. We plan to offer simple pay-as-you-go pricing similar to GitHub Actions for computationally intensive tasks such as builds. During the beta, Codespaces is free.

Join the conversation with GitHub Discussions

Software communities don’t just write code together. They brainstorm feature ideas, help new users get their bearings, and collaborate on best ways to use the software. Until now, GitHub only offered issues and pull requests as places to have these conversations. But issues and pull requests both have a linear format—well suited for merging code, but not for creating a community knowledge base. Conversations need their own place—that’s what GitHub Discussions is for. 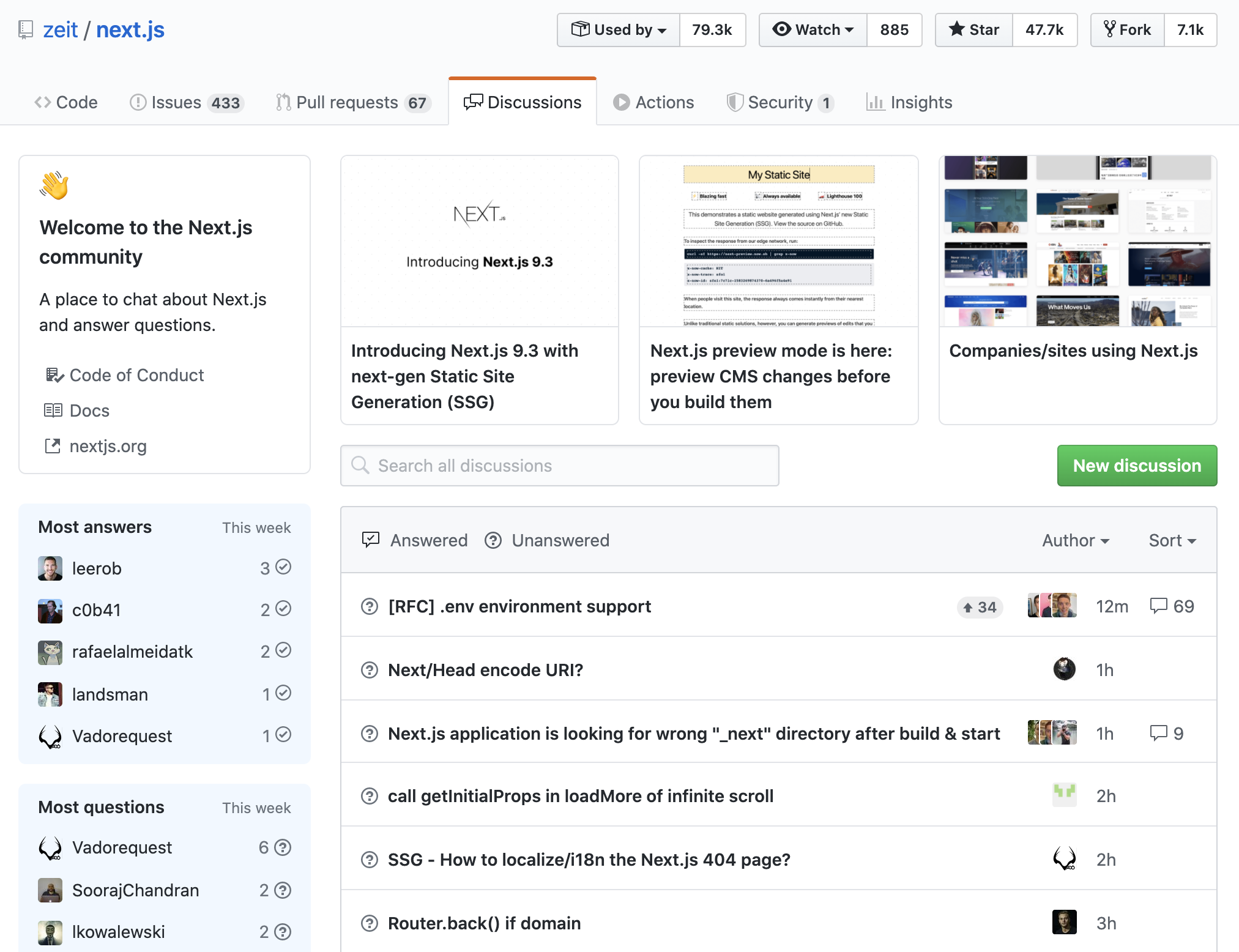 Discussions live in your project repository, so they’re accessible where your community is already working together. Their threaded format makes it easy to start, respond to, and organize unstructured conversations. Questions can be marked as answered, so over time a community’s knowledge base grows naturally. And because discussions aren’t closed the way issues are, they can easily serve as a place for maintaining FAQs and other collaborative documentation. We recognize that community discussion is as much a part of development as coding, so discussion contributions appear in users’ contribution graphs.

We are in beta with a few open source communities and will be making Discussions available to other projects soon.

Secure your team’s code with code scanning and secret scanning

Collaborating in software communities requires tools to help consume and produce code safely, and keep each other secure from our own mistakes. Last year we announced the acquisition of Semmle, introduced code security in developer workflows on GitHub, made GitHub a CVE Numbering Authority, and launched our GitHub Advanced Security offering. Today, we’re expanding our products with two new cloud betas: 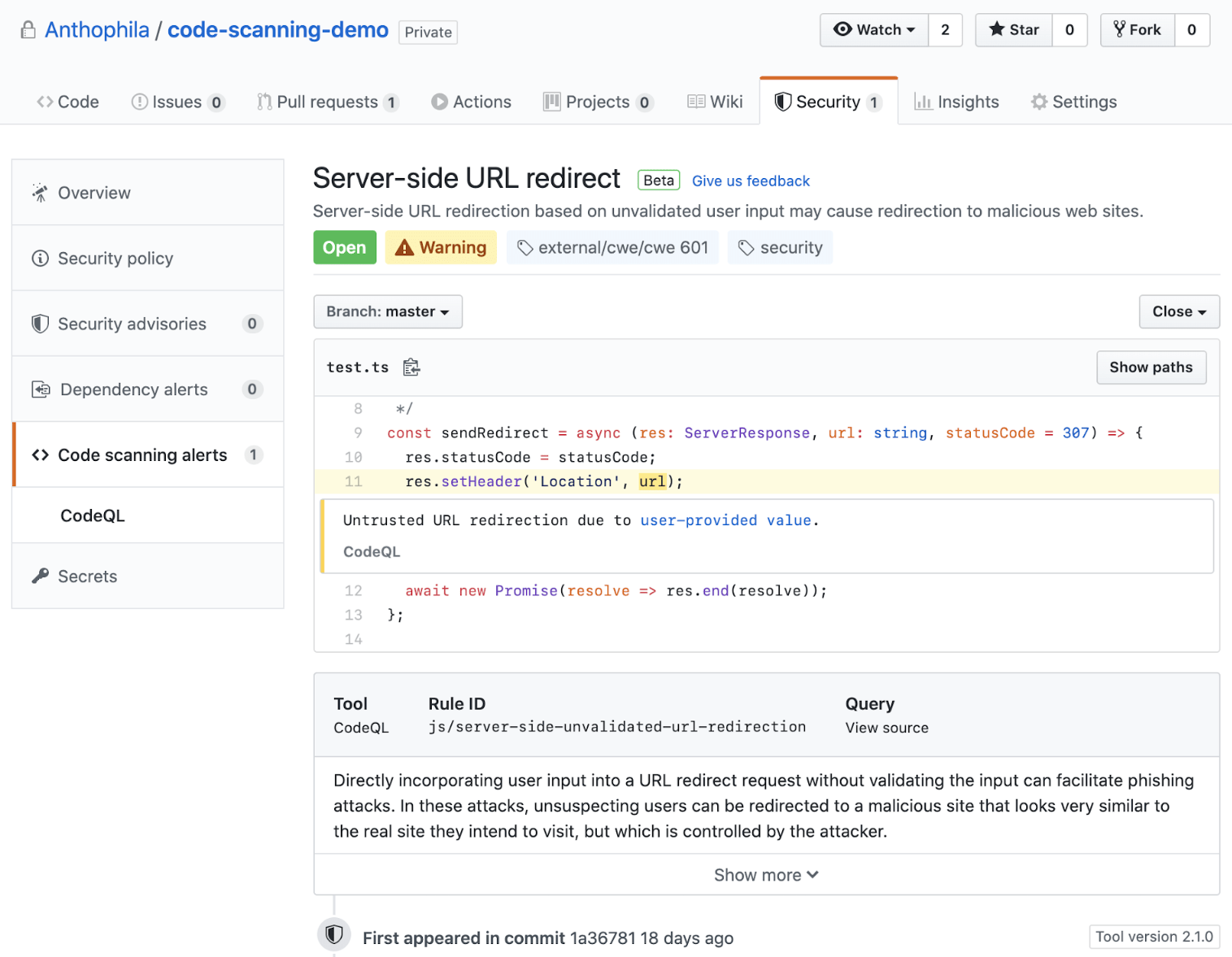 Code scanning and secret scanning are available for free for all public repositories, and available as part of GitHub Advanced Security.

When compliance and security are your top priorities: GitHub Private Instances

Enterprises rely on GitHub communities to build and use software, and we want every enterprise to do so with confidence, no matter how strict their requirements are for security and compliance. Today we introduced our plans for GitHub Private Instances, a new, fully-managed option for our enterprise customers. Private Instances provides enhanced security, compliance, and policy features including bring-your-own-key encryption, backup archiving, and compliance with regional data sovereignty requirements.

Watch the GitHub Satellite keynote with all of these announcements and sessions from over 50 speakers around the world speaking about security, DevOps, collaboration, and more.