Do you know the secrets to pursuing success? Have you dared to dream big and then been too afraid to take the steps to live your dream? Are you sitting on the edge and hoping your possibilities will just come to you?

It only happens if you make the move.

In the cave you fear to enter, lies the treasure you seek. – Unknown

If it scares you a little then it’s probably the next step. The words shared by Angus Nelson dared us to move out of our comfort zone – out of the box – and do something. It only happens – whatever the “it” – if I am brave enough to step into the unknown.

If it doesn’t scare you at least a little then you aren’t dreaming big enough.

The low dive didn’t bother me all that much. It wasn’t like you’d fall a long way if you messed up the dive. The high dive was a different story. I could flip backward off of a bridge into a creek or jump off a waterfall, but when I stepped to the end of the diving board, my heart skipped a beat (and it wasn’t because of the cute guy at the bottom of the ladder encouraging me to make the leap – okay, maybe a little).

The amazing part of learning to dive was that no matter how many times I made the leap, my heart still skipped a little – and the longer it was in between the leaps the more the flutter.

I dove, not because I wasn’t afraid but because the dream that drove me to dive in the first place was more powerful than the fear of diving.

NOTE: Not only did I get the cute older guy to ask me out but eventually I got him to marry me. If you don’t face your fears then you will never reach your dreams.

The comfort of the familiar always seems brighter and safer than the unknown, even when you are uncomfortable in your current place. It is better to live in the known uncomfortable than to face the unknown.

No matter how much you dream, if you aren’t willing to take the step then it will remain a dream. You have to define what you will do to recognize what you can do.

Just because you want to do something doesn’t mean you can do something. You have to recognize that your dreams can’t force other dreams (even when you’re stalking trying to attract your future husband).

Define your limits and your abilities and then dare to find your way.

WARNING: A dream without action becomes a delusion. Delusions will derail your success journey.

I used to joke that as a mother of three boys I could dream of being a professional basketball player but that it wasn’t something that I could ever make a reality. It was an even bigger joke because I am only 5 feet tall.

And then one day I realized that if I were serious enough to invest in the practice required to be a professional basketball player, not to mention all the time and resources I’d have to give up to put in the practice, and if I got to the point where I could dunk or hit three-pointers from the stands, THEN if I couldn’t make a professional team then I could probably get the Harlem Globe Trotters to consider me for their team – which would still mean I was playing basketball professionally.

But, I can promise you that has not been nor do I ever expect it to be my BIG DREAM. I like basketball, but not that much.

You have to know what your dream is and why it is. You have to believe in your dream and in your ability to live the dream. And you have to choose to make it happen.

Until you are willing to step into the unknown, you will never be positioned to live out your possibilities. You have to move to pursue your success. You have to dare if you are going to face the scary places of the unknown.

The only way to be certain to fail is to never try. Everything else is a chance to learn and an opportunity to move a little closer to your dream.

When you come to a place of dark unknown, check out the cave and begin to live in the treasure that it holds.

Dare to Face the Scary Edge of Your Dreams

Challenge: Think of three things that scare you – at least a little. Now come up with three things you can do to move closer to the edge (and maybe even take a leap) into one of those possibilities.

Are you ready to build your awesome life? We’re here to help. 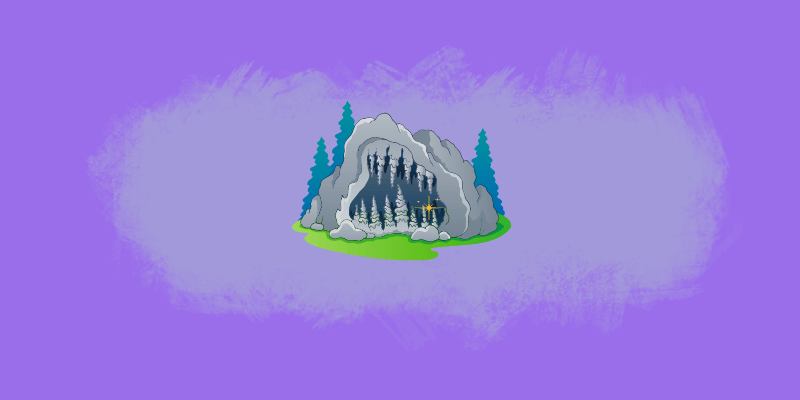